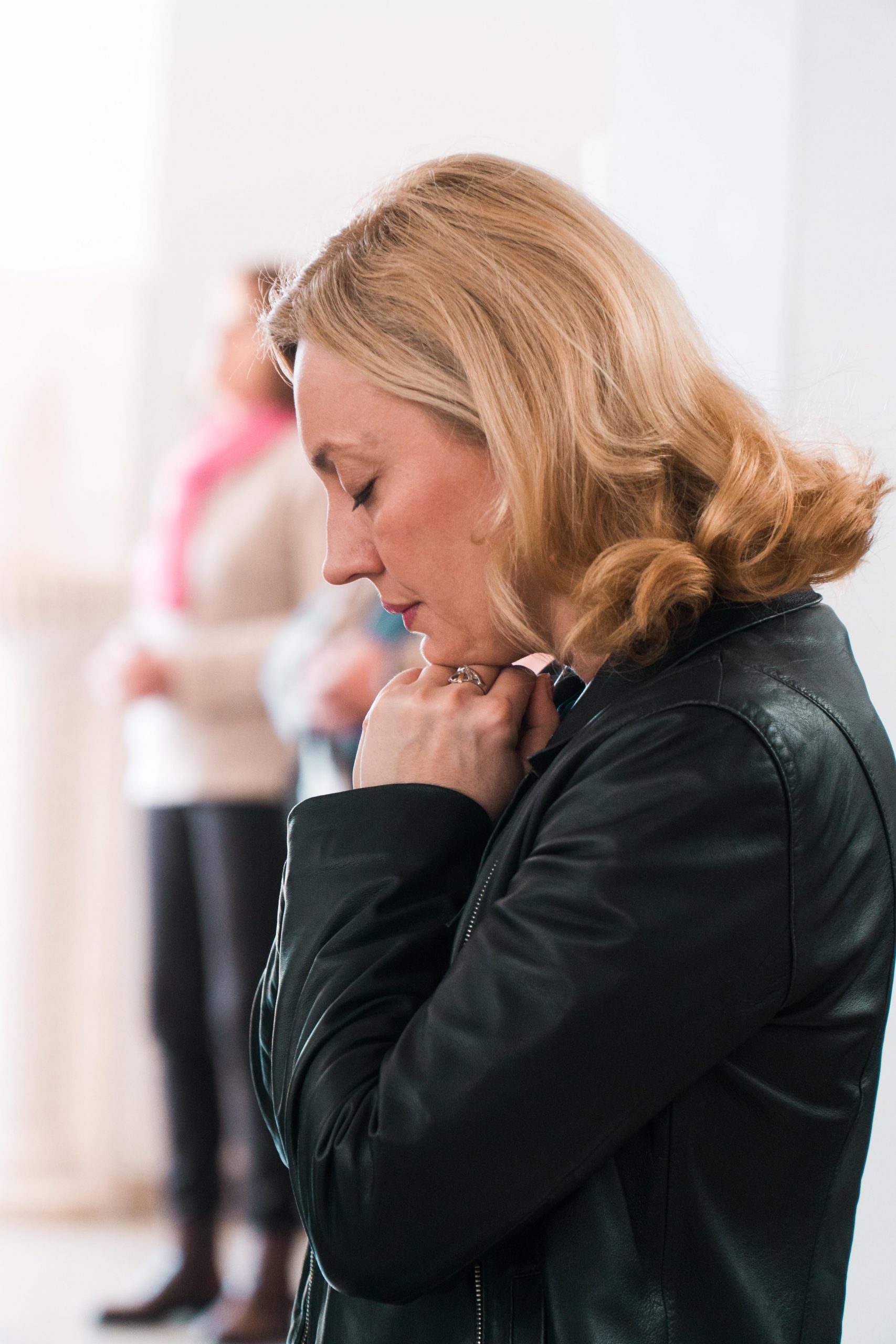 Interviewed for Politico by Jacopo Barigazzi on the question “Was Jesus a leftist or a rightist?”, member of the Croatian Parliament Marijana Petir said that Europe needs to return to its Christian roots. Here is an integral text with questions and answers.

1.Some, from Malta’s Dom Mintoff, to Hungary’s Péter Márki-Zay, argued that “Jesus was a leftwinger.” But is it really possible to attribute a political color to a figure like Jesus? And how? What I would need to understand are some key questions: the Left and Right categories were born with the French Revolution, can then religion, and in particular Christianity, been seen through this prism?

We cannot view Christianity through the prism of political divisions to the right and left because Jesus Christ was neither right-wing, nor left-wing, nor liberal. Jesus did not have a political program but his life was his program vividly portrayed by the Gospel, the Sermon on the Mount, the High Priestly Prayer, the Commandment of Love… Jesus Christ was neither a revolutionary nor a political theologian. The New Testament traces it to the Old Testament theology of the Servant of Yahweh who has a role to play in establishing law, which means reason, truth, and morality that are grounded in God.

Jesus was politically neutral and clearly said that you should give to Ceasar what is Ceasar´s ant to God what is God´s.  But he was not neutral towards the suffering of the people, the poor, the sick, the abandoned, the unloved… Loving your neighbor has nothing to do with the right or the left, nor with belonging to a political party. Love is voluntary, it is a matter of one’s own decision made in freedom and is accompanied by action that is an act of charity. Jesus’ public work and the actions he took were motivated by love, clearly distinguishing what is good from what is evil, so Jesus is our beacon. He is our center in relation to which we determine everything else, even if we are left or right, although we often think to ourselves that we should be in the “center”.

The division into right and left has existed since man began to use his hands. Man divided humanity even before the French Revolution. We have also seen this division on Mount Golgotha. Jesus Christ was placed on the highest point of the hill, while on his side was humanity already divided into left and right. Both bandits have their followers in humanity and both are infallible champions of that division. The one on the right sees in Jesus the Son of God, seeks forgiveness of sins and receives them, and the one on the left is aware of his sins but does not see the Savior in Christ and does not repent.

We are free to choose whether to be right or left in relation to Jesus who is the center. After all, don’t life and death lie in the answer to the question that Jesus asks his disciples in Caesarea Philippi and then indirectly to us: “And you, what do you say, who am I?” Do we acknowledge Jesus Christ as God? If so, then the God we believe in is above politics, and our religion to which we belong cannot be the subject of political divisions to the right and left.

2.Ratzinger said in one of his books that Marxism qualifies as “a total antithesis” to the Church. Can then Jesus then be qualified as a leftwinger? At the same time Jesus’ call for solidarity can it be applied to anti-migration rhetoric?

In my previous answer, I have already made it clear that Jesus cannot be placed in political divisions because the notions of right and left, in the matrix of opposition and mutual exclusivity, have stifled the ability for broader symbolic reading that relies on location and left or right relations to the center. Moreover, the required ‘political correctness’ less and less allows such a reading because each of the opposing parties wants to appropriate the place and task of the ‘center’. At the same time, it is less known that today’s understanding of the terms right and left in political history itself has undergone more twists, transformations and expansions.

When we talk about the problem of migration, following the example of Jesus Christ, Christians cannot answer the problems of refugees and migrants other than through charity, in theological and social terms. They are invited to try to understand the causes of migration and suggest solutions. The most important contribution of Christians to overcoming the migrant crisis is in emphasizing the primacy and dignity of the human person, in recognizing that dignity to every foreigner, refugee and migrant, regardless of all the differences between them. And differences exist and should not be ignored, especially at the level of decision-makers. There is no doubt that those fleeing war, persecution and other troubles (refugees) to save their own lives and are legal asylum seekers should receive all necessary assistance. Human life is sacred and should be protected in its fullness. There are also others who, in search of a better life (migrant), leave their homes and come to other countries. Among them, a distinction should be made between those who enter legally and those who try to enter illegally and do not want to identify themselves. In this sense, the task and role of each state is to protect its own borders, its citizens and their security, in accordance with international law. This also raises a new question if we are talking about solidarity and an effective solution to the problem. Shouldn’t the Member States of the European Union make better and targeted use of the humanitarian and development aid they send to third countries and enable the people of those countries to live there, at home, with their families? Can we really, and not just declaratively, help them build a democratic society in which everyone will be able to get an education and advance, get a job according to their qualifications without discrimination on any grounds? Are we aware that one in seven Christians lives in a country where faith in Jesus Christ comes with the risk of arbitrary displacement, arrest, various human rights violations, and even death? Aid to Church in Need and Open Doors report that Christians are the most persecuted religion in the world, and that is why I proposed, and the Government of the Republic of Croatia adopted my proposal that young people who are persecuted for their faith and disabled education in their countries, enable them to study in Croatia and acquire the necessary knowledge and then return to their homeland where they will help build their communities and a democratic and tolerant society. In addition to scholarship assistance for young persecuted Christians, in the coming period it is necessary to focus on socio-economic development and the building of destroyed Christian communities in order to encourage Christians to stay and live in their homes.

3.And this takes to other questions:  which role should religion play in EU politics?  Is the debate on the EU roots over? Or is the Conference on the future of Europe the moment to relaunch it?

Although the Union has failed to officially define Christianity as the main force influencing the values ​​it lives today, it must be noted that it is precisely the branching Christian roots that have influenced the recognition of human values ​​with their inalienable dignity, the sanctity of human life, education and freedom of thought, freedom of speech and religion, as well as the protection of the rights of individuals and groups to promote solidarity and the common good and to recognize the dignity of work. The effort to subject political power to the law and respect for the rights of individuals and peoples is also based on Christian roots. Taken as a whole, European civilization to date has shown, among all civilizations, the highest degree of adaptation and acceptance of elements from multiple cultures or civilizations, thus becoming a kind of civilization with a very expansive identity and diversity of cultural elements in a relatively small geographical area.

However, it should be noted that we need to focus on what remains, and that is building the political dimension of Europe. It is important to emphasize here that much is not guaranteed forever in Europe; that concrete symbols of its existence are rare (money, flag, anthem); that no one can guarantee that Europe is predestined to success; that Europe is in fact fragile – economically strong and politically weak; and that Europe, if it wants to influence the future of the world, but also its own future, must be politically organized and profiled. It remains, however, that Christians need to feel responsible for Europe as a single human and ethical community. They took a decisive part in its birth, they carried it to baptism, they made a significant contribution to its growth, and that is why they need to make a significant contribution to the debate on the future of Europe. And this debate should remind us that European values ​​need to be protected in their original form, respecting the foundations on which they arose. Particular care must be taken to ensure that economic development does not come at the cost of diluting fundamental values ​​or misinterpreting and unacceptably extending the EU’s core values ​​differently from what its founding founders, who were practical believers, wanted.

For Adenauer, as well as for Robert Schuman, Alcide de Gasperi and Jean Monnet – there was no doubt that the European Union had to first and foremost be a community of values. In order for the process of European integration and debate on the future of Europe to be successful, Europe needs to return to its Christian roots and the values ​​on which the European Union was created.